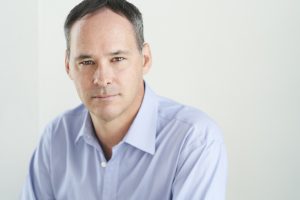 Robert has had a distinguished international directing career having worked in Japan, Hong Kong, England, and Venezuela. He was a member of the Watermark acting company in the 2014 and 2015 seasons and has directed the company’s national tour of Canada 300, The Glass Menagerie, Barefoot in the Park, Mrs. Warren’s Profession, A Moon For The Misbegotten, and Boeing Boeing. Mr. Tsonos was the resident director at the Canadian Embassy Theatre in Tokyo from 2003 to 2006 and was the Artistic Director of Sometimes Y Theatre for 17 years.

Robert’s other directing credits include Shakespeare’s Will and Old Times at the Hong Kong Arts Centre, Elisa’s Skin for TEATRELA in Caracas, The Goat at the Hong Kong Fringe Club, La Ronde for Temple University Japan,‘night, Mother at the Etcetera Theatre in London and the Dancehall Theatre in Manchester; Vigil, The Drawer Boy, and For The Pleasure Of Seeing Her Again at the Canadian Embassy Theatre; and A Doll’s House andProof for Tokyo International Players.