The role of Rita in Educating Rita

Naomi has lived in multiple cities, in multiple countries, and is currently based out of Toronto. She got her start in community shows in Calgary, then moved to Toronto “for the culture”, eventually ending up in England, where she graduated with an MFA from the Guildford School of Acting. In 2020. She has been waiting ever so patiently for theatres to re-open and is excited to make her professional debut playing the role of Rita. Outside of living the dream, she’s a certified yoga instructor and either on her mat or eating ice cream. Haagen Dazs. The vanilla one with the chocolate covered almonds. 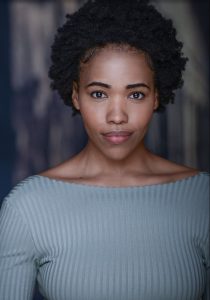