Martha is an award-winning actor, director, narrator, and producer. Martha grew up on PEI, studied at LAMDA in England, and returned to the Maritimes in 1990, settling in Halifax where she co-founded LunaSea Theatre, directing, acting in, and/or producing 20 productions. On the Island, Martha has directed Fascinating Ladies for Young at Heart and Anne and Gilbert, the Musical at the Harbourfront and The Guild theatres and eventually at the National Arts Centre. Off Island, Martha has directed Half Cracked (Neptune/EFT, and Ship’s Company), Salt Water Moon (Neptune/EFT), Donahue Sisters, Leaving Wonderland, Girl in the Goldfish Bowl, Woman and Scarecrow (LunaSea), Shakespeare on Trial (Off the Leash), and The Pirates of Penzance (Neptune YPCo.). Martha has been nominated for and received numerous awards, including the Merritt Award for Best Actor (Female) for LunaSea’s Ghosts, the HRM Mayor’s Award for Achievement in Theatre, The Coast’s Best of… for Best Actor Female (Theatre), a nomination for Best Supporting from ACTRA Maritimes for the feature film Roaming, and 14 Merritt Award nominations for acting, directing and producing, most recently for Best Performance in The December Man in 2021. As always, much love to Anthony for his love and support. 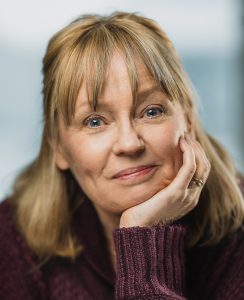